It's been longer than usual since my last post. I have been busy, busy, busy with all my lovely sewing. I'm participating in two swaps at the moment. One is a mug rug swap and the other is a mini quilt swap over at www.schnitzelandboo.com
Here's a sneak peek at the quilt I'll be sending. I have only just started it but the appliqué is nearly finished! 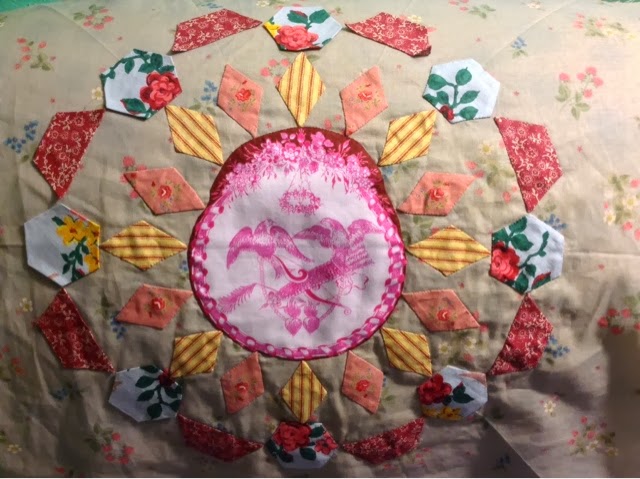 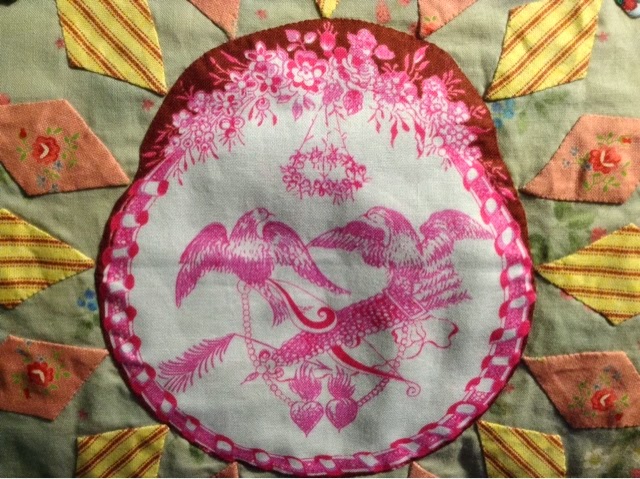 I decided to make a move on the Phebe's and get the centres finished on both quilts.
I popped on the borders and began stitching the bias vine for the first appliqué border.
I hate making bias, I really hate it. However, I love the look that only bias can give. So, I'm hoping that one day I might just learn to like it ;) 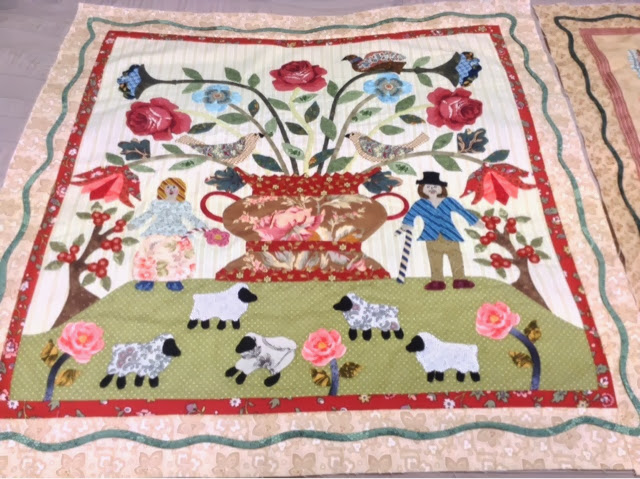 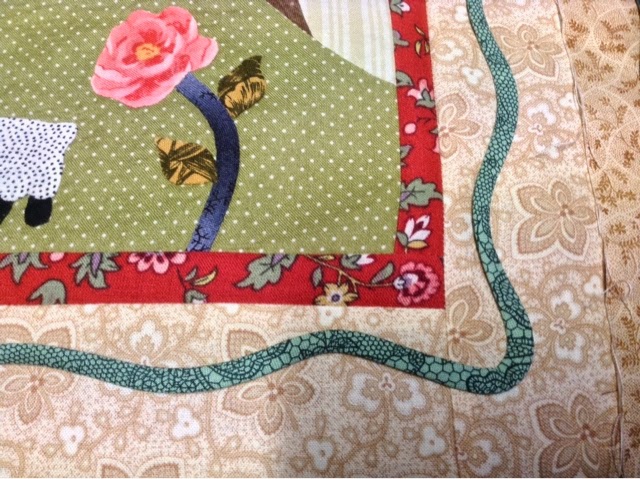 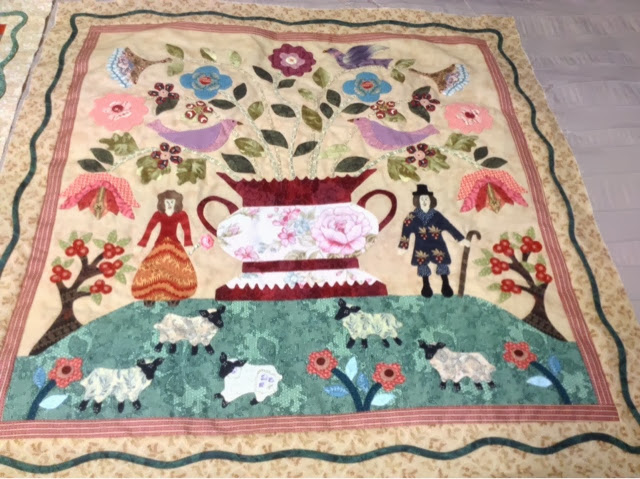 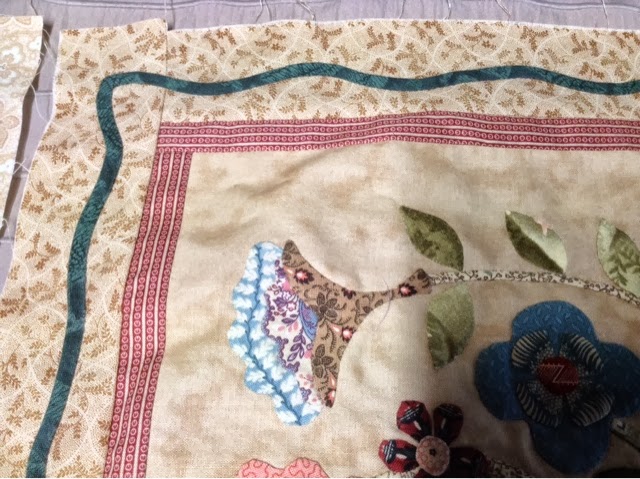 I also managed to get some stitching done on my miniature hexies. I saw a small civil war Hexie quilt and was inspired to make a miniature version. These are darling, but be warned. They are no quicker to make than their full sized counterparts ! 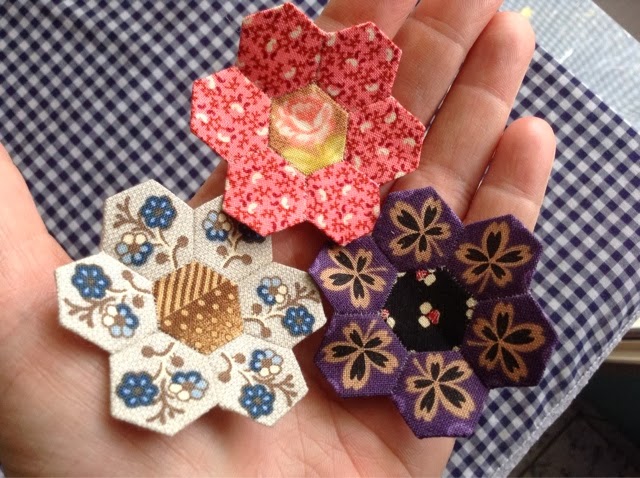 And lastly but by no means least is my enchanting CWBQ Block number 2. 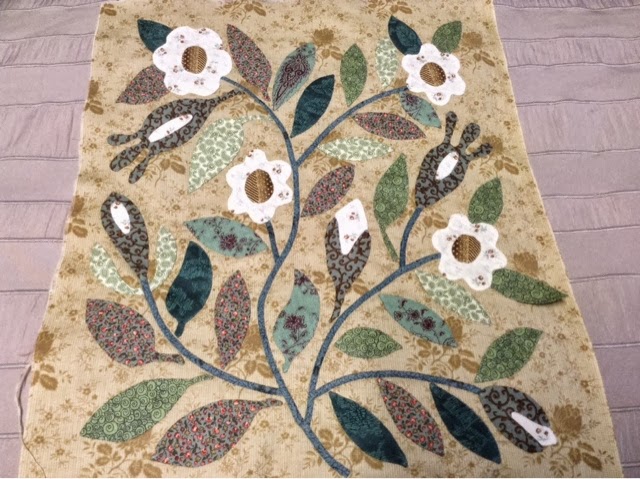 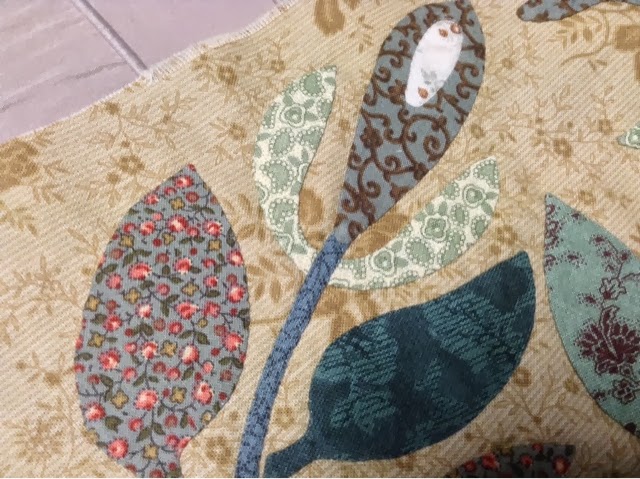 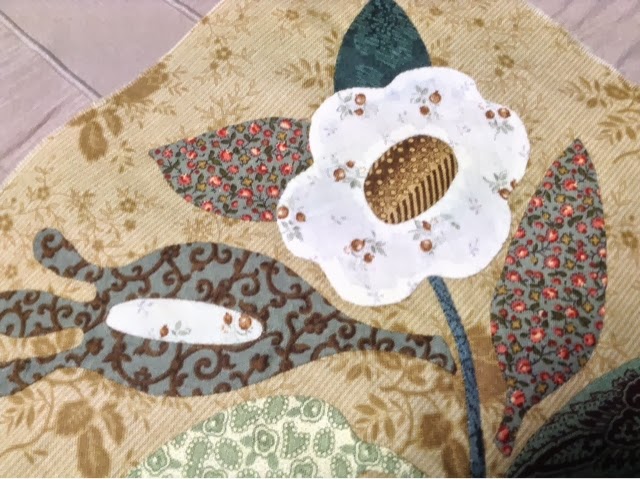 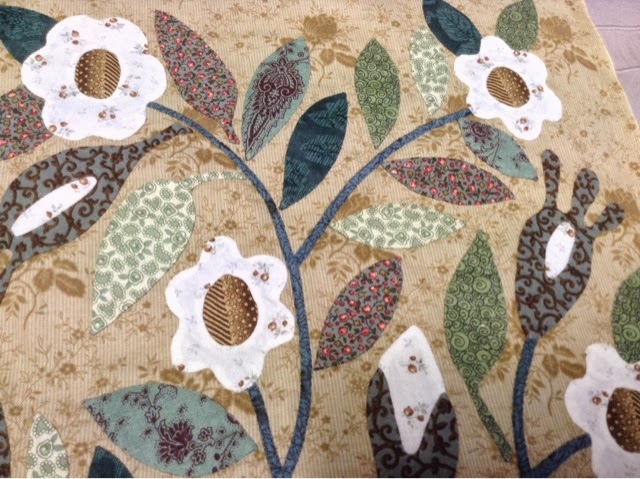 And I think that's enough from me.
Keep on stitching,
Kel.
Posted by Kel at 14:04